Unique gameplay and design according to requirements.

We develop games rich in surprises, with progression over time.

Games have been a part of human lives for as long as one can remember. As technology became part of our lives, there was a shift in the games people play. With a boom in technology, there was a boom in the types of games available on the market. From video games to PC games, the world has now moved to consoles, mobile phones, and tablets.

The ever growing and ever changing demands of this field allow there to be limitless creativity and opportunity. Players are always looking for the next best thing and developers are always trying to meet the ever changing needs. S.T.A.R.S (Pvt.) Ltd. has been creating games for their clients for years. The process has to be handled very meticulously and even the simplest game can have the most complex development. 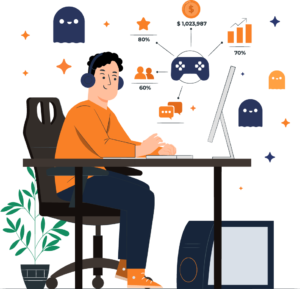 S.T.A.R.S (Pvt.) Ltd. has been creating games for many different platforms and enjoyed their journey that has brought them here today where they have polished their skill. There is a flow that the company follows to make sure that the process covers all requirements and the final game is good enough to compete with the other games available in the market.

Some of the key points that the company keeps in mind while developing a game are as follows:

Before S.T.A.R.S (Pvt.) Ltd. starts creating a game, there is a lengthy brainstorming session that takes place. Usually, the client has a very generic idea that they want to build and the details have to be worked on. The clients are willing to listen to new and innovative ideas that can be incorporated in their design. One of the things that the company does is look for keywords that best work with the game genre and game direction. These keywords allow the game to rank better among the competitors of the game that are creating similar games.

The keywords are, at times, used to bring more depth. The keywords can provide a new edge or direction to the game and make it more interesting by giving the story line a new and unexpected twist.

Making use of these keywords can have a great impact on the performance of the game. Let’s be honest, there are so many games that are well created however, they never see the light of dawn as they never get discovered in the manner in which they should have been discovered. They never make it to the top because there are so many games out there and they get lost in the sea of available options. It is truly sad to see well-built and entertaining games fall off the shelf just because they were unable to create their mark and reach as many people as possible.

The team at S.T.A.R.S (Pvt.) Ltd. researches the appropriate keywords that would be best for the game and then uses these keywords to ensure that the client’s game gets ranked well enough for it to reach the targeted audience. 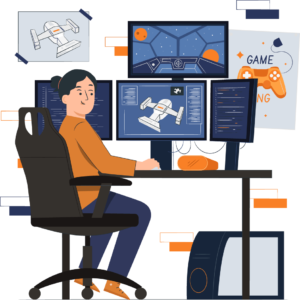 Games are mainly created in 2 different dimensions. There are 2D games and 3D games. Whether a game will be 2D or 3D is determined on the basis of the game play and what exactly it is that the client wants created.

2D games are linear and move in a restricted manner whereas 3D games are more dynamic and unrestricted, where the user/character can explore their environment in different directions. Therefore, 3D games also require that there should be a proper environment whereas, this is not the case for 2D games.

A gameplay that has a lot of complexity and depth would benefit from a 3D design however, a simpler game can be developed at a lot cheaper rates when created in 2D. S.T.A.R.S (Pvt.) Ltd. always keeps their clients aware of all the possible options and their pros and cons. After giving their suggestion they allow the client to make the final decision so that the client can be more satisfied with the final outcome.

Most games are centred on a character. S.T.A.R.S (Pvt.) Ltd. believes that the character must be well thought out and established in order for it to create an impact in the game. A game can at times be known due to the character in the game. An example of this sort would be the game “Cut the Rope” where the frog plays an integral role in how the game gained its popularity.

The illustrators and designers at S.T.A.R.S (Pvt.) Ltd. very carefully select and design the main character for the games. The rest of the game play is then designed in the same theme and design so that the entire frontend becomes a united front.

The game design plays a vital role in user retention which is why it is one of the most crucial things for S.T.A.R.S (Pvt.) Ltd. The game design is what keeps a lot of the users interested in the game. The visuals of a game make it attractive. Creating a game that would be visually pleasing for the user is important to make a mark in the user’s mind.

Over the years, S.T.A.R.S (Pvt.) Ltd. has realized that game design is not just about making the game visually appealing for the user but it has a lot of functional importance as well. A well designed and developed game play makes the game easy to navigate and understand for a new user.

Before the start of the development, the design wing of the company creates the complete design and user interface of the game. All the screens are created along with the required assets and icons. This is a lengthy process that goes through multiple rounds of testing to ensure that the designs the company puts out are in line with the image that the company wishes to create for the game.

S.T.A.R.S (Pvt.) Ltd. follows a set method of working to avoid any lags in the work being done. The designs are always created before the development of the game can begin. This allows both the developers and the designers to work in a smooth set manner. These practises have allowed S.T.A.R.S (Pvt.) Ltd. to not only deliver quality work to their clients but also allowed them to do so in a reasonable amount of time. 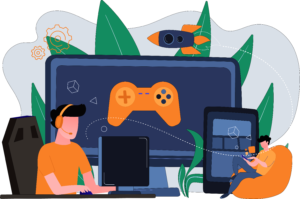 The game screens made for promotion have to be very carefully created. Usually, a total number of six screens are created by the team members, following the standard procedure. These screens must encompass all the different aspects of the game so that the viewer can get a complete idea of all the things that the game has to offer.

There is a very fine line that has to be walked while creating these screens. Between making the game look interesting and ethical selling. S.T.A.R.S (Pvt.) Ltd. is proud of the work that they produce and they are confident that the game in itself is created well enough for it to be interesting for the users. The promos, icons, and screens help the client show their potential users what their game has to offer.

The game play and design are one of the most important aspects in the development of the game but there are other aspects that S.TA.R.S (Pvt.) Ltd. likes to add to the game to add depth in the user’s journey through the game.

One of these things is the way a person can achieve victories and share them with others. People love to play games to pass time but they also love to share their achievements with others and compete with friends. S.TA.R.S (Pvt.) Ltd. is not only focused on creating games for their clients but also on making sure that the users that invest their time and energy into these games enjoy them and find them worthy of their energy.

There are many clients that S.T.A.R.S (Pvt. Ltd.) has worked with and the journey with all of these clients has been a memorable one, however; there is one client who always stands out for the company and their story has always inspired the team members.

One of the clients contacted the company and said that they wanted to get a game created where a soldier has to kill the enemy and then leave the warzone while carrying a wounded soldier. It sounded like an interesting idea, however; when having a discussion about how the game play can be made more attractive, the client did not wish to add or subtract anything in the game and wanted it created exactly how they had explained.

The deal was signed and the client’s work was started. Throughout the development of the game, whenever the progress of the game was shared with the client, he would only ask us to reconfirm that the game was being made exactly how he had asked. The team would reassure that no changes were made to the game and then the client would get satisfied with the work being done.

Once the game was completed and the project was handed over to the client, he saw the entire project and remarked that he was glad that there were no changes made to the details that he had asked for. At this point, the team members got curious and asked the client what it was about these details that were so important to him. To which he replied that the game was for his older brother who had served the nation and lost his best friend in a crossfire. 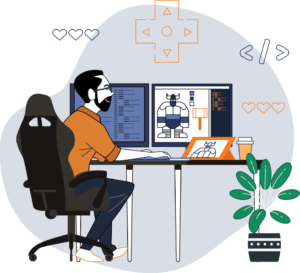 The entire game was a reenactment of the events of that crossfire with only one difference, the hero of the game, who represented the client’s brother, would save his friend and escape. Learning the meaning behind the game and what it meant to someone made the team members feel delighted that they were able to be part of something so special in a person’s life.

The clients of S.T.A.R.S (Pvt.) Ltd. are always satisfied with the work that is being produced and delivered to them. Unlike most companies, S.T.A.R.S (Pvt.) Ltd. is not just focused on growing themselves but the goal is to make sure that the products being created for the client helps them grow larger as a business as well. This desire for mutual growth and prosperity gives the company some extra motivation to go out of their way when developing games. 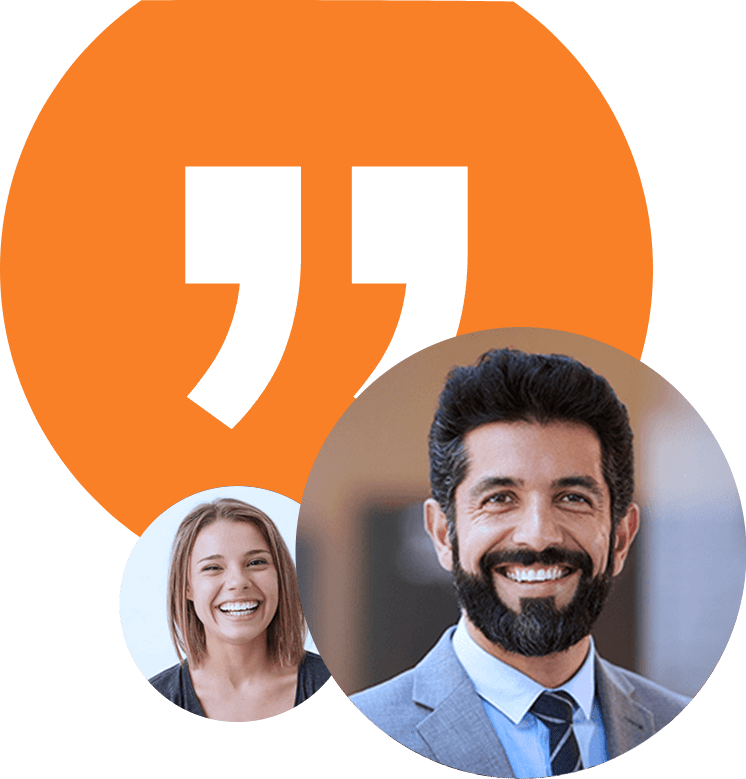 What Our Customers
Say About Us

"S.T.A.R.S (Pvt.) Ltd. was a fantastic help in getting my wordpress project going. I reached out to him as a first-time wordpress user, and I'm happy to say that now (several months later) I will be able to launch a really great product soon. If you are looking for a highly qualified and responsive web developer with an incredibly wide skillset, I recommend S.T.A.R.S (Pvt.) Ltd. without hesitation." 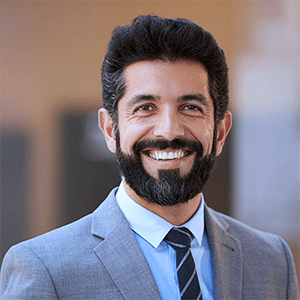 Alexander S.
"This freelancer addressed all of our needs with the posted job and much more. He met all deadlines, was very available even outside of standard business hours, and his wide skill set and positive attitude make him a pleasure to work with, and we plan on continuing to hire him moving forward!"

Rebecca A.
"Awesome experience! If you are looking for the best, you found him! I highly recommend it." 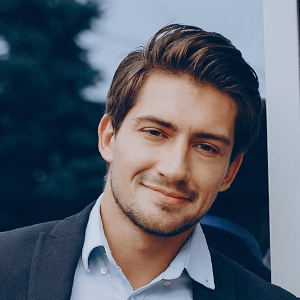 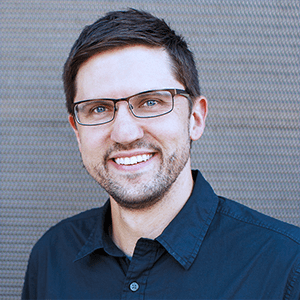 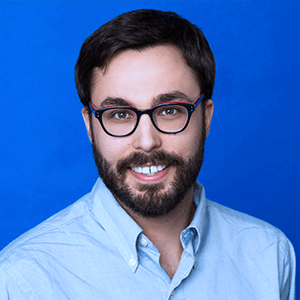 Jetty B.
Our Industries